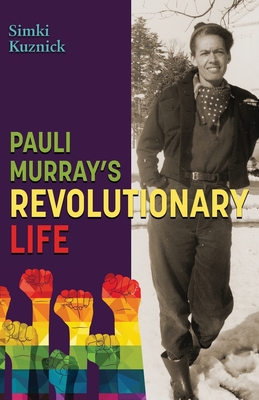 Inspiring and timely, Pauli Murray's Revolutionary Life is the riveting story of an African American woman, born in 1910, who blazed through the barriers of race and gender decades before the Civil Rights and Women's Movements. Pauli Murray fearlessly rode freight trains dressed as a boy during the Great Depression and befriended First Lady Eleanor Roosevelt before embarking on a pioneering life of social activism, legal scholarship, and many firsts. In 1944, Pauli graduated first in her class at Howard University; in 1965, she was the first Black woman to earn a doctorate in law from Yale University; in 1966, she was a founder of NOW, the first National Organization for Women; and in 1977, Pauli was the first Black woman to be ordained as an Episcopal priest. Pauli never faced a barrier she couldn't smash through, and her life as a feminist, civil rights lawyer, poet, author, activist, and priest paved the way for all to live a life of equality and purpose.